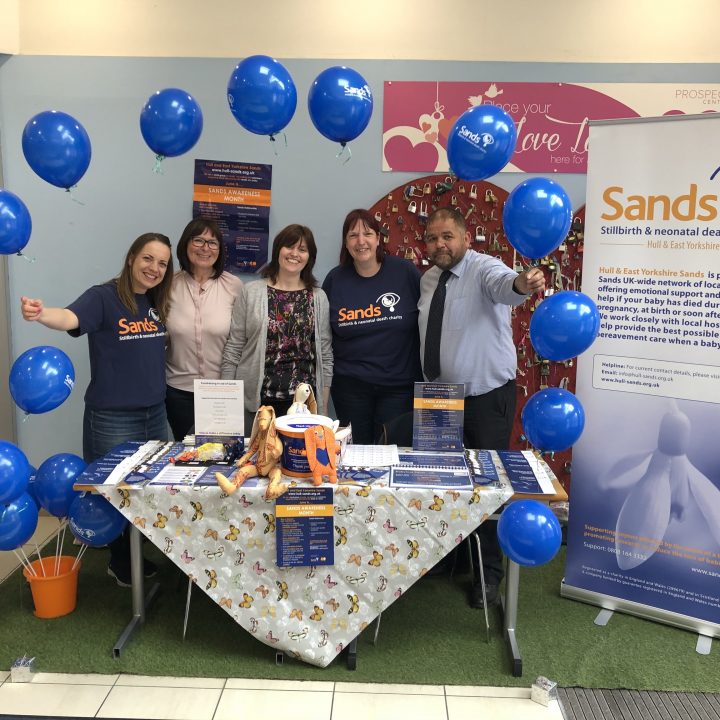 June is Sands Awareness Month, when everyone works hard to increase awareness of stillbirth and neonatal death and the everlasting impact experienced when a baby dies during pregnancy, at birth or shortly afterwards.

Prospect Centre is proud to be supporting the cause by changing the lighting the centre to the charities signature blue and orange colours, as well as the planters outside.

This year’s campaign is called Finding the Words, which encourages more people to talk about their experiences.
We’ve had the team in the centre running awareness stalls which has helped raise more than £640. This money pays to train 20 professionals in bereavement care.