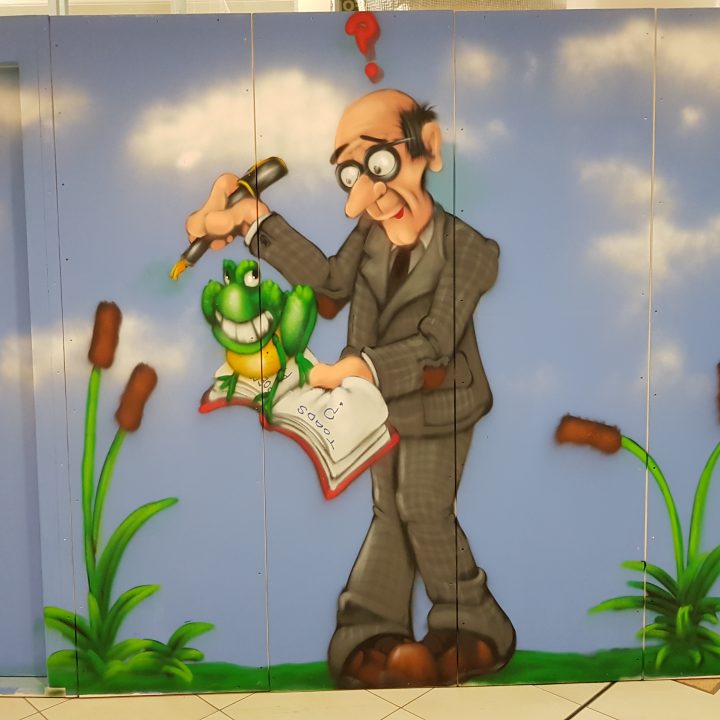 A well-known graffiti artist has finished work on a huge new mural in a Hull shopping centre which features several of the city’s most iconic characters.

Prospect Centre commissioned local artist Nick Horsefield, better known as Si2, to carry out the artwork on the hoardings surrounding its scenic lift while it us undergoes maintenance works.

Maria Kamper, centre manager, said: “The city is becoming a living, breathing art gallery and the Prospect Centre is proud to be embracing public art.

“New murals and pieces of art are appearing almost every week and it was fantastic to be able to collaborate with Nick who has been flying the flag for Hull graffiti art for years.”

It partnered with Pickering and Ferens Homes (PFH), leaders in retirement living, to reveal the Our Lives. Our Hull exhibition – a City of Culture-linked project which depicts PFH residents’ fondest remembrances of Hull.

The canvases can be found on the centre’s culture wall, at the West Street entrance, which is also home to the Locked in Love Heart – Hull’s answer to the Paris “love locks”.

Claire Champlin, health and wellbeing manager at PFH and leader of the art project, said: “Our residents are really excited about showcasing their work to the public.

“We think it will appeal to the shoppers because it provides a talking wall as many of the younger generation are interested in what Hull used to be like in years gone by, while older people can resonate and might even evoke some of their own memories.

“We are very grateful to Prospect Centre for providing us with a space to showcase our talented residents’ work.”