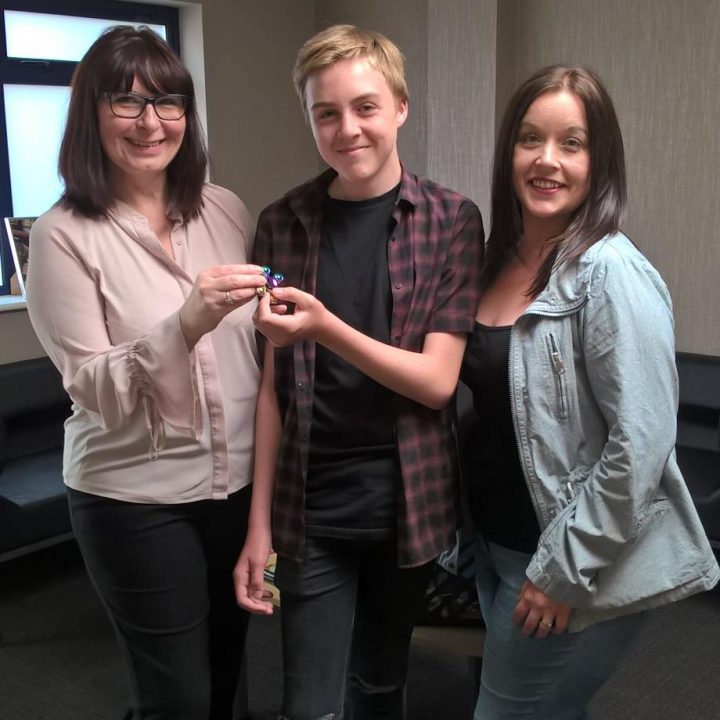 It’s a craze that took the nation by storm and now a Hull shopping centre is hosting the city’s first ever fidget spinner challenge.

Prospect Centre is inviting fidgeters to come and put their spinning to the test, with an afternoon of challenges, games and exercises.

‘How long can you spin it on your nose’ will be one of the challenges set in attempt to break the Guinness Book of World Record, which is currently held by a member of the Buzzfeed team who lasted three minutes.

The Fidget Spinner Challenge, which is free to attend, is the first in the series of the centre’s Prospect for Culture calendar of events, which also includes a festival-inspired day out and an intergenerational dance showcase, to name but a few.

Maria Kamper, centre manager at Prospect Centre, said: “We are extremely excited to be kicking off our summer of Prospect for Culture events with the Fidget Spinner Challenge.

“It’s a craze that took the nation by storm and I am confident it will be a hugely popular event with children wanting to showcase their spinning talents, ultimately driving footfall and spend for our retailers.”

Instructors from Hull Gymophobics, the ladies only premier inch and weight loss centre will be on hand to lead the challenges to raise awareness of its Obesity Must Go #OMG campaign, in 2015/16 of every 100 reception year children in Hull, 12 are obese and 15 are overweight compared to 2 out of 3 adults who are also either overweight or obese.

Sarah Webster, Health & Fitness Director at Gymophobics: “Anything that gets the family out and about, off the couch and exercising this summer is fantastic.

“The idea behind the fidget spinner challenges is to encourage children to understand and recognise that that exercise can come in many shapes and forms, as well as being fun.

“It’s great that shopping centre’s such as Prospect offer events for free, it is an even better incentive for more people to get out of the house and enjoy themselves.”

The Fidget Spinner Challenge, is being held on Friday 28th July, between 12pm and 3pm, in Amy’s Garden on Prospect Street.

Visitors do not have to bring their own fidget spinners to take part.