Today the centre is open
8:00 am - 6:00 pm
Home / Community / Shopping centre beats off stiff competition from businesses across the city to be crowned winner of children’s hospice charity challenge 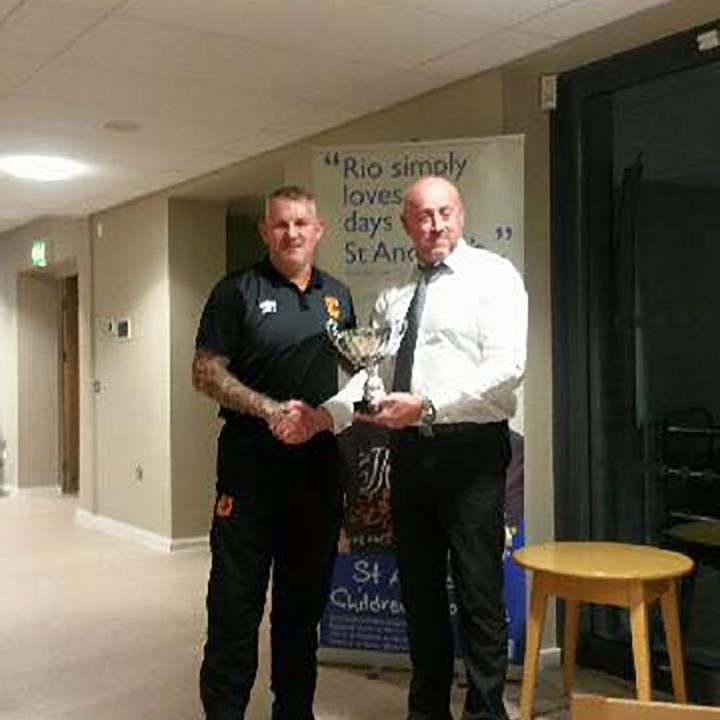 One of Hull’s busiest shopping centres has won a charity challenge after going head to head with businesses across the city to raise money for children with a wide variety of illnesses in the community.

Prospect Shopping Centre raised more than £1,500 for St Andrew’s Children’s Hospice after completing the Your Inspired Charity Challenge, which, from an investment loan of £100, provides an opportunity for businesses to prove they can outwit each other using their fundraising flair.

The fundraising task not only saw the centre come up against St Stephen’s, but also Tesco, Hemingway Bailey, EYMS and De Vere Urban Resorts to see who could raise the most during October for the Grimsby-based hospice, which provides free care for children with life-limiting illnesses in Hull and the East Riding.

“We are absolutely delighted to have won the charity challenge,” says Lee Appleton, Prospect Centre manager. “Every penny raised for this fantastic cause is extremely precious to the children and families it helps and we’re so grateful to St Andrew’s for giving us such a great opportunity to take part.

“Supporting the community has always been very important to the centre and I’m extremely proud of the Prospect team and our retailers for pulling together to organise an action packed month that we all had stacks of fun taking part in.

“We might be vying for footfall all year round, but businesses in the city are first in line to pull together for the greater community, a quality which makes me proud to work in Hull.”

The Centre’s charitable efforts included tombola’s, raffles and bake sales, followed by a brave member of the security team baring all for a sponsored chest wax, a silent disco and a chilli challenge, where contestants were faced with eating a hot, fiery and nuclear chicken wing in the fastest time possible.

The centre management team also volunteered to be locked up in medieval style stocks to be hit with wet sponges and a 30 ft long, Rugby World Cup-inspired, bungee run had been planned for half term, but despite being rained off Prospect Shopping Centre still managed to race ahead of its fundraising target.

Jane Whenham-White, head of income generation at the hospice, said: “The people in this region have a reputation for being enterprising and go-getting types and yet again they haven’t disappointed.

“We need to raise £3.5m each year to maintain the services within the adult’s and children’s hospices and this is all made possible by their support. Our challenge to those taking part was to be ambitious, bold and daring, be creative and above all, be inspired and those are the exact qualities each and every one showed and for that we are extremely grateful.”

Lee Appleton was presented with the trophy by Dean Windass at the Inspired awards evening, which was held on Tuesday to celebrate the participants achievements.

To sign up to the Your Inspired challenge or to find out more, contact Adrienne Hodgson on 07730 748519.