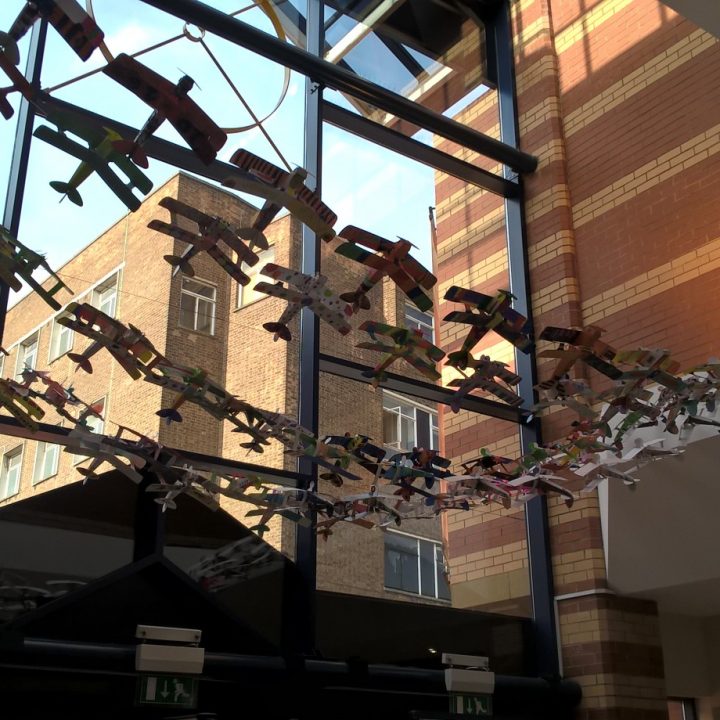 A flutter of Gypsy Moths, based on the plane flown by Hull aviatrix Amy Johnson, are now in the air just inside Prospect Centre’s West Street entrance.

The cardboard replicas of the biplanes were completed by local children in celebration of the first woman to fly solo from England to Australia. Prospect Centre has also sponsored a moth as part of the ‘A Moth for Amy’ project and the Amy Johnson Festival – which will be in the main atrium until the beginning of next year.